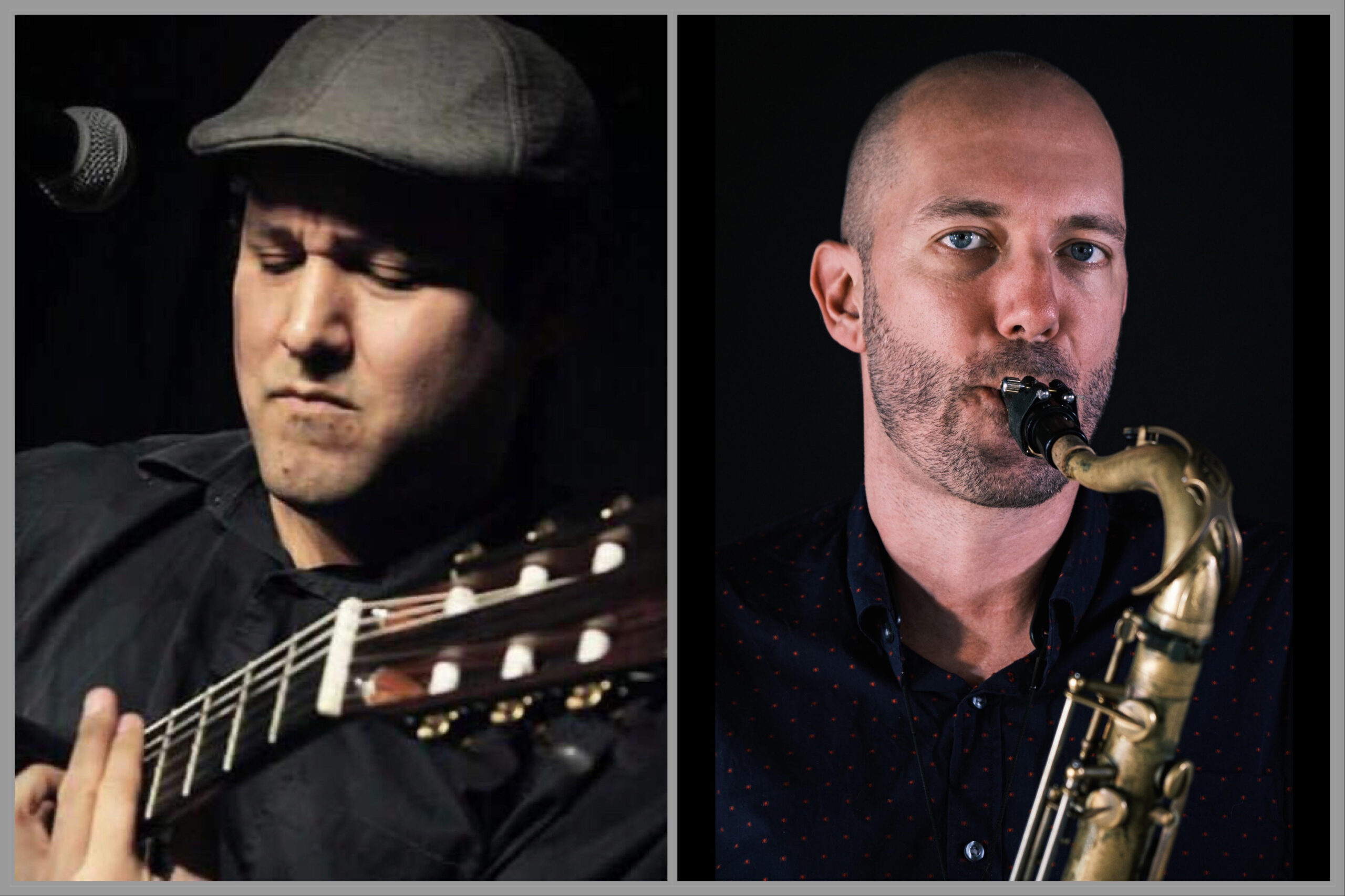 Tony Barba is a saxophonist/educator/producer whose career has spanned the last twenty-five years. Originally hailing from Acton, Massachusetts and previously living in NYC and Chicago, Tony has resided in Madison, Wisconsin since 2013. He has performed, taught and toured professionally all over the world. A long standing member of the globe trotting Youngblood Brass Band, Tony has also performed and recorded with such notable and diverse artists as Makaya McCraven, Bon Iver, David Murray, Josh Ritter, the Mountain Goats, the Glenn Miller Orchestra, and the Temptations. In Madison he is currently a member of Acoplados, Golpe Tierra, Immigre, Michael Brenneis’s Plutonium, and the Paul Dietrich Jazz Orchestra. He co-leads the organ quartet Barbacoa and the improvised duo project Outside the Sphere with drummer Michael Brenneis.

Richard Hildner  grew up playing Peruvian Andean guitar styles with his uncles. He then studied Jazz under the mentorship of Theloneous Monk’s saxophonist Paul Jeffrey. He has also studied and played extensively with one of the leading world exponents of the Afro-Peruvian cajon, Juan ‘Cotito’ Medrano, and studied with the legendary Afro-Peruvian guitarist/bassist/composer Maestro Carlos Hayre. Along with playing with his Afro-Peruvian Jazz group Golpe Tierra and Acoplados Latin Jazz Project, he loves to play solo acoustic guitar and interpret melodies and rhythms from across Latin America.