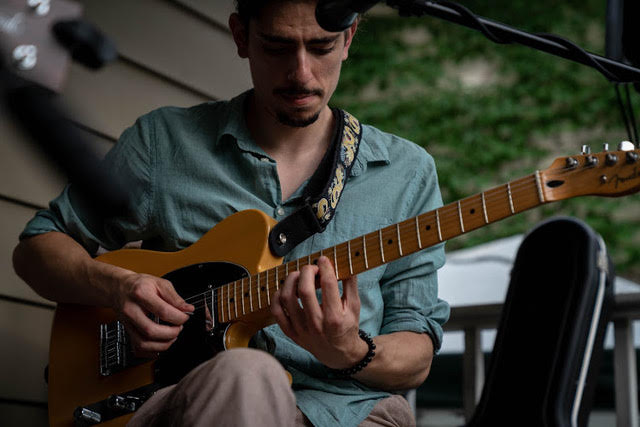 Garrett Waite is a renaissance man in the truest sense of the word, musician/magician/actor Garrett Waite traverses many disciplines and mediums to provide original and life affirming experiences.

Though the genres he uses grow and change, his intent to improve himself and the world through music remains the same. His guitar playing follows in the footsteps of innovators like Ralph Towner, Larry Coryell, Jim Hall, and Jeff Beck, while his vocal and songwriting style is reminiscent of Joni Mitchell, Jimi Hendrix, Bob Dylan, and Thundercat.

​Garrett recently graduated with honors from the prestigious Berklee College of Music. In 2018 he performed in the Berklee Songs for Social Change Showcase and later that year was a finalist in the Wilson Center Guitar Competition. He was handpicked by Grammy Award-winning trumpeter Terence Blanchard to play and compose in the Jazz Composition Workshop, and later the X-Tet.