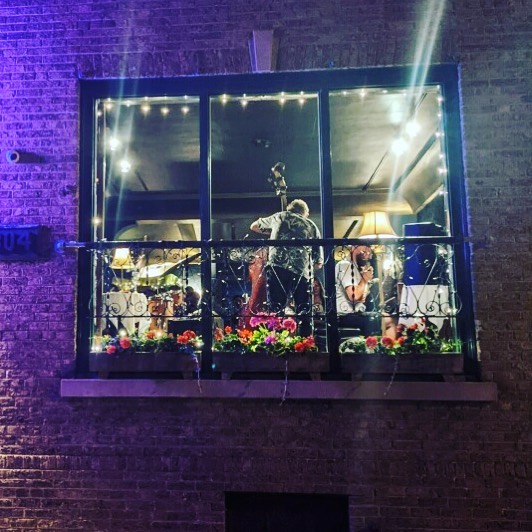 Come join us at Bar Centro for an amazing night of jazz!  We are featuring the trio of Billy Peterson on bass, Sinne Eeg on vocals, and Will Kjeer on piano!

Here is some more information on the artists:

– Billy Peterson  is one of the premier, most celebrated bass players in the world. His uncompromising talents as a performer have brought him widespread recognition, as well as his plenty credits as a composer, arranger and producer. So it is no surprise that the world-renowned bassist is quite often also compared with a chameleon, but not only as he can fill many positions, but also as he is at home in several genres of music weather it be rock, pop, R&B, soul, jazz, folk or country.

– Sinne Eeg has received a number of recognitions and positive reviews both nationally and internationally,and is considered among the best female jazz vocalists currently in Scandinavia. Eeg has won the Danish Music Awards prize in the category Best Danish Vocal Jazz Album of the Year four times: in 2007, 2010, 2014 and 2015, for her albums Waiting for Dawn, Don’t Be So Blue, Face the Music, and Eeg – Fonnesbæk. She also received the Ben Webster Prize in 2014. The Webster Foundation describes her as “a true jazz singer, who both shows sensitivity, improvisational skills, maturity, broad range and timing in her singing.

– Will Kjeer is a dynamic, tenacious, and highly inventive, pianist and composer. He has defined himself as an artist to watch, both literally and figuratively. Having cut his teeth in Los Angeles as well as his hometown of Minneapolis, MN, Will has been widely regarded in each city as a firebrand, a first-call, and a must-hear. Refracted through his many musical sensibilities and influences, a refined and powerful pianistic profile has garnered Will performances for audiences across America at venues including the John F. Kennedy Center for Performing Arts, The Los Angeles County Museum of Art, and Ravinia’s Bennett Gordon Hall in Chicago.